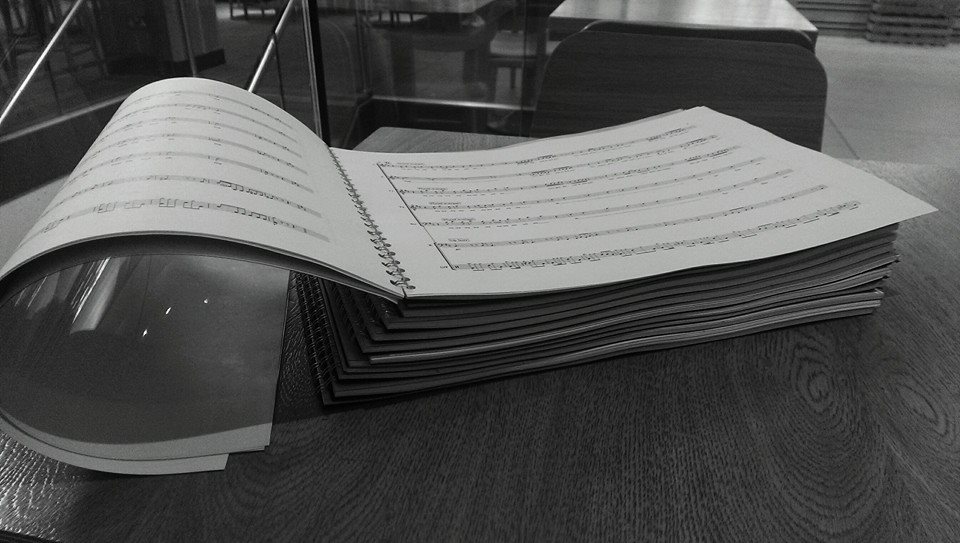 As of this week, Gobsmacked! production is all-systems-go. We already have an unbelievable team of producers, designers and lighting/sound engineers who are top of their fields. Now we’re holding first-round casting auditions over three days in Fitzrovia, London, which will be followed closely by a workshop call-back day to put our favourite singers together for the first time. Hopefully we’ll see sparks fly and magic happen. On its own. That would be great.

Meetings with our dangerously creative set and lighting designer are well underway, as we dream up the most exciting, spectacular, (+ practical and tour-able) stage set in which to tell our story. No boring black tabs here.

And it’s MUSIC time. I’m in arranging mode now: these A Cappella arrangements need to achieve so many things at once: they need to give the audience the essence and core of the songs they already love; they need to represent the current state of modern A Cappella arranging as it is in 2015, but they need to push it further, making use of more extended vocal techniques, of live sound mixing technology, and of the cast’s full vocal ranges and skill sets. And, to go with that, they need to hit all of the musical and emotional points of a great concert set-list, whilst telling the narrative of Gobsmacked! and exploring the depths of 7 individual characters. Lots to achieve. Lots to explore. Lots to get excited about.